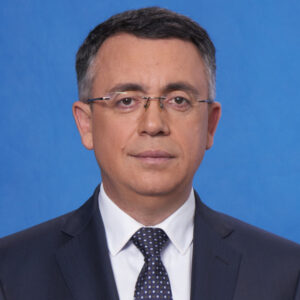 Dr. Hasan Azis is born in the town of Kardzhali. After his secondary education, Dr. Azis studied at the University of Architecture, Civil Engineering and Geodesy, Sofia, Bulgaria and in 1995 graduated as Master of Industrial and Civil Engineering. In 1998 he graduated in his second higher education in the University of National and World Economy, Sofia, Bulgaria with Master degree in Marketing and Management. In 2003, Dr. Azis has been elected Mayor of the Municipality of Kardzhali and re-elected several times afterwards. He holds currently this position. Since 2016 Dr. Azis has been elected Deputy President of the MRF.

Dr. Azis is also Deputy President of the National Association of Municipalities in the Republic of Bulgaria since 2003.

Dr. Azis is a member of the scientific board of the Journal Scientific Atlas with numerous scientific publications.
Close Search Window
↑