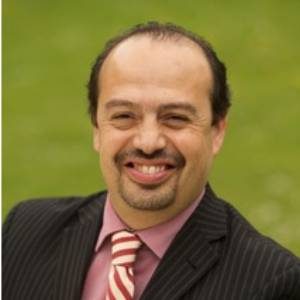 Yunus Arıkan has a Master of Science and Bachelor of Engineering degree at the Middle East Technical University in Ankara, Turkey, as well as a Certificate of Advanced Studies in Environmental Diplomacy from the University of Geneva, Switzerland.

Until 2009, he was involved in promoting cleaner production, climate change and sustainability in Turkey through collaborations with the Turkish government, Parliament, intergovernmental organizations, as well as civil society.

Since 2009, at the World Secretariat of ICLEI – Local Governments for Sustainability in Bonn, Germany, Yunus has been leading ICLEI´s global advocacy on climate change as well as at the UN bodies and multilateral environmental agreements.  He also acts as the Focal Point of Local Governments and Municipal Authorities (LGMA) Constituency to the UNFCCC.

Yunus Arıkan graduated from METU Environmental Engineering Department in 1994. Arıkan, who completed his master’s degree in the same department in 2001, has the Environmental Diplomacy Advanced Studies Certificate from the University of Geneva, Switzerland.

After working in the fields of EIA, drinking water, wild landfills and pollution prevention between 1994-2001, he worked as the Assistant Project Manager in the National Environment and Development Program, a cooperation project of the Ministry of Environment and Forestry and UNDP between 2002-2004. He took part in the preparations for the Johannesburg World Sustainable Development Summit and the studies within the scope of Turkey’s participation in the United Nations Framework Convention on Climate Change. He worked as the Climate Change Project Manager at the Regional Environment Center Turkey Office (REC Turkey) between 2005 and 2009, and actively steered the efforts for Turkey’s participation at the Kyoto Protocol in 2009. Between 1992 and 2006, he undertook duties at various levels within the Union of Chambers of Turkish Engineers and Architects (UCTEA), Chamber of Environmental Engineers.

He has been working in the World Secretariat of the ICLEI – Local Governments for Sustainability since 2009. He plays a leading role in ICLEI’s global climate change initiatives, including founding the Bonn Center for Local Climate Action and Reporting. Since 2013 he has led ICLEI’s global advocacy at the UN, including ECOSOC, UN agencies and multilateral environmental agreements. Since 2009, he has been serving as the Focal Point of the Cocoon of Local Governments (LGMA) in the process of the UN Framework Convention on Climate Change.