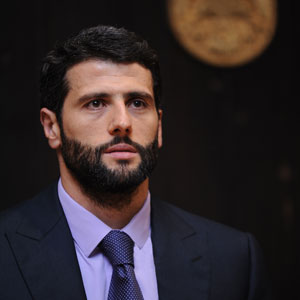 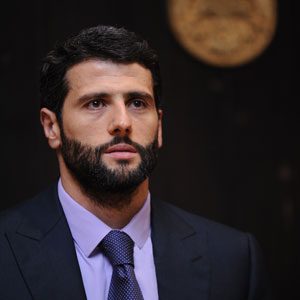 He started playing water polo in 1984, in WC Crvena Zvezda where he played for all young categories teams. He transferred to WC Partizan in 1991, where not yet fourteen he made his senior debut in 1992. He returned to WC Crvena Zvezda in 1993 and he continued his career in WC Bečej starting 1994. In 2001, he moved to Italy, WC Camogli, where he spent three seasons, and after that, he transferred to WC Rari Nantes Savona. He left Italy in 2006 when he went to Russian water polo club Shturm 2002 where he signed a contract that made him the best-paid player in water polo history. He finished his professional water polo career in 2009

During his club career he scored 1.694 goals, of which the largest number, 924, he scored for clubs in FRY, while in Italian league he scored 494 times and in Russia 276 times.

He took part in his first major competition at the age of eighteen, the 1996 Summer Olympics in Atlanta. He is one of the few Serbian team athletes who participated in the Olympic Games four times, winning one silver and two bronze medals.

With the national team of Yugoslavia, later Serbia and Montenegro, and finally Serbia, he played in 22 sports tournaments overall, winning a total of 20 medals, five of which were from the European Championships, four from the World Championships and three from the Olympic Games. He won two medals in the World Cup, five in World League tournaments, and he won a gold medal in the 1997 Mediterranean Games in Bari.

During his national team career he was chosen in ideal team eight times in the tournaments that he played in, three times in both the World and European Championships, and twice in the Olympic Games

He is one of the most trophy-winning and successful athletes in the history of Serbian sports, who scored an unattainable 2,675 goals in his entire playing career. He is the best scorer of all time in the territories of former Yugoslavia.

Besides his full-of-trophies water polo career, he gave his contribution to Serbian sport through engagement in sports organizations. He was the president of the water polo club Crvena zvezda from 2003 to 2004.

After finishing his career as a player in Italian club Rari Nantes Savona he continued working for the club as a sports manager for European competitions in the period 2006–2014.

Sports and community recognitions and awards

Thanks to his brilliant sports career, he is the holder of numerous sports and community awards and, among others, in 2000 he was named Sportsman of the Year of the Autonomous Province of Vojvodina.

He was honoured twice with the Order of Nemanja, first class, awarded him for his contribution to representing the state and its citizens, first in 2001 and then in 2004.

He received the award for Best Sportsman selected by the Olympic Committee of Serbia and Montenegro in 2004, and a year later, in 2005, he was declared laureate of the October Award of the City of Belgrade.

In 2008, he was awarded the May Award, the top sports and community recognition that the Sports Association of Serbia traditionally awards every year to sportsmen, sports associations and experts who have marked the history of Serbian sports with their achievements and thereby contributed to our country’s recognition in the world.

In 2010, he was chosen as the third best sportsman in the 21st century by FINA.

In October 2016, he was presented with a Charter for his contribution to the development and work of the Sports Academy as a recognition for the most successful student since the establishment of this institution.

In July 2017, the International Sport and Culture Federation, based in Minneapolis (Minnesota), declared him the best “attacking” water polo player of all time. In this election, he won 4,045 votes, which is one more confirmation of his successful goal-scoring career.

In December 2020 he was awarded the “Most European” award for the field of politics by the First European House in Belgrade.

He is the founder of a humanitarian foundation –Be Humane that is founded in 2014, and it started working in June, 2014. Be Humane raises funds in order to help children, adults, institutions and organizations from Serbia.

Be Humane in a very short time became one of the most relevant and most trusted humanitarian foundations in the region and its aim is to help provide medical treatment and ensure needed therapy for children at the first place.

Since it was founded until today, with the help of Be Humane more than 1 million euros was raised for several thousand of its beneficiaries, mostly children.

In February 2016 Aleksandar Šapić donated all the medals he won in his water polo career, putting them up for auction through the website of the Humanitarian Foundation – Be Humane, and all the money raised from the sale of medals will be donated for the treatment and therapy of Be Humane beneficiaries.

He received numerous awards for community service and humanitarian work. Thereby, many Serbian institutions showed respect and gratitude to him for everything he did in the field of humanitarian work as an active sportsman and everything he continued doing, even in a more intense and responsible way, after he is retired from water polo.

In 2013, he formed his association of citizens “For our city”, with which he independently ran in the municipal elections in 2016 and won a convincing victory in New Belgrade. With his actions and results in politics, he became the harbinger of a different approach to politics, focused on social construction.

In the 2018 Belgrade elections, he was third-placed, winning slightly over 9% votes of the citizens of Belgrade, and the best-placed organization that ran independently in the elections.

At the constituent session of the Belgrade City Assembly, on 20 June 2022, he was elected as the Mayor of Belgrade

He is married and a father of two children. He lives and works in Belgrade.

He speaks Russian, Italian and English.